This year we celebrate our 25th Anniversary, and we thought it a fun idea to share 25 lesser-known facts about our family-owned and managed hotel group! We look forward to the next 25 years and fun facts that we can share with you!

For more information on all of the hotels above, visit Our Hotels page. 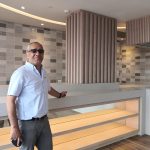