The much-loved Canadian idol will be visiting South Africa for the second time.  He will be performing live at the Cape Town Stadium on 17 May 2017 as part of his Purpose World Tour. After being discovered on YouTube, the young singer quickly made his way to the top of the charts with his debut album “My World”.

His most recent release has been a roaring success, making him the first male artist to have three number one hits off a single album  in close to 10 years! Fans can look forward to classic Bieber ballads and hits off his newest album during the Justin Bieber Cape Town concert.

#staypremier at Premier Hotel Cape Town for nearby accommodation and catch Justin Bieber live in concert at the Cape Town Stadium.

Following on from the recent announcement by Premier that phased re-openings of its Hotels and Resorts have commenced, the independent Hotel Group has also revealed plans for various re- furbishments and new builds due to come to market soon. 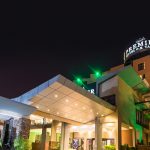 Further to the announcement in Alert Level 3, Premier Hotels has continued openings of selected hotels, as well as opening all booking channels for hotels into 2021.