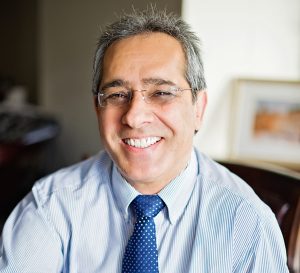 Samuel Nassimov is the Managing Director of one of South Africa’s fastest growing, independently owned hotel groups, Premier Hotels & Resorts.
Nassimov attended hotel school in Tel Aviv in the 1970’s and started his career at the bottom of the ranks at the city’s famous Dan Hotel.  Driven by a passion for cooking, his next step was as a trainee chef, a position in which he excelled and which resulted in a promotion to Head of the Grill Room.
Like any successful entrepreneur, Nassimov has always been driven by a love for developing, creating and completing new projects.  This led him to South Africa where, his passion for hotels took flight and in 1990 he acquired the Carlton Hotel in East London.  Very dilapidated and in much need of a revamp, he closed the hotel for a full year, reopening in 1991 as the King David Suites and Conference Centre.
Later that same year, Nassimov won a tender bid for the land upon which he would build the Regent Hotel.  He developed the hotel into the largest conferencing venue in East London and it is on this property that he later developed the East London International Convention Centre (ELICC) and Premier Hotel EL ICC.
From a humble 40 bedrooms, Nassimov has grown the group’s portfolio to encompass 16 hotels and resorts, providing almost 2000 bedrooms to discerning business and leisure travellers and employing in excess of 1500 employees.
With an industry background spanning over 3 decades, Nassimov cites the growth in online bookings, research and marketing as an industry revolution.  “Technology is radically shifting the way we conduct business and while the South African hospitality industry still has a lot to learn from our international counterparts, at Premier Hotels and Resorts we have massive plans in place to become the industry leader in this arena.”
With a superior collection of hotels, resorts and conference facilities in the principal business and travel destinations in SA and with Samuel Nassimov at the helm, Premier Hotels & Resorts is a rapidly growing force in the South African leisure, business travel and conventions industry. 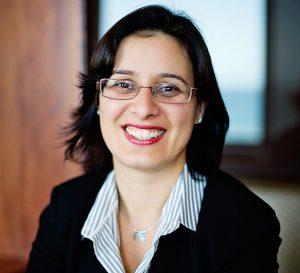 Sigal Nassimov-Geva oversees the day to day operations of the Human Resources department.
Sigal completed a BA (Bachelor of Arts, specialising in Computer System Analysis) degree first class and went on to complete a MBA at the University of Manchester before immigrating to South Africa to join Premier Hotels & Resorts in August 2004. Immigrating to South Africa as an inexperienced yet qualified foreign national, Nassimov-Geva has, through hard work and passion, established herself as a well-known and recognised businesswoman within the Hospitality Industry (2012 Regional Business Woman of the Year – Corporate Category).
Since becoming involved at senior management level, Sigal has played a pivotal role in the transformation of the company from a traditionally family run business into a contemporary corporate environment,  in keeping with the company’s vision for growth and future expansion plans. 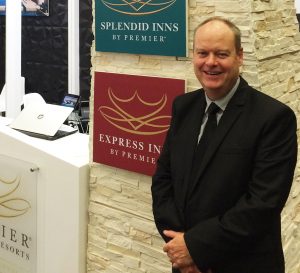 A born Hotelier, with over 30 years of experience in the hotel and restaurant industry, Group Operations Manager of Premier Hotels & Resorts, Richard Bray has made an impressive career of living his passion. Richard Bray studied Hotel Management at the Wits Hotel School and holds a Postgraduate Diploma from the University of Pretoria. Before joining Premier Hotels & Resorts, Bray followed his passion for the hospitality industry with Southern Sun Hotels, Starwood Hotels and Resorts and Three Cities Hospitality. Over the years Richard Bray has received numerous people management accolades as well as a Hotel of the Year award during his time with Southern Sun.
He is one of the key catalysts in the group’s drive to offer guests consistency, an exceptional experience, tangible memories and impactful differences in people’s lives.
Keeping abreast of local and international trends, Bray acknowledges that information technology is radically changing the operations of the hotel business, providing consumers with access to information like never before and giving them a strong voice to hold hotels accountable.
He firmly believes in a service orientated approach and is dedicated to offering the best possible service and value for money at Premier Hotels & Resort’s range of luxury hotel accommodation.
Connect with Richard on LinkedIn 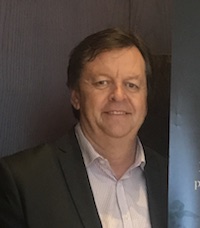 Bruce McKay oversees the day to day operations of the Food & Beverage Departments within the Group by providing leadership and support to all F&B HOD’s in the achievement of their financial and operational targets through 18 properties located throughout South Africa.
Bruce has completed a National Diploma in Hotel & Catering Administration and Food & Beverage Management as well as a Professional Chef Training. Through Bruce’s hard work and passion he has achieved many accolades and professional membership, Member of the esteemed South African Chefs Associations Honour Society – Academy of Chefs, Winner of Local Hero Eastern Cape 2017, World President 41 Club International, to name but a few. He has established himself as a driven individual within the Hospitality Industry since 1987.
Since becoming involved at Premier Hotels & Resorts Bruce has played a pivotal role in the re-focusing of cost control and the attention to detail within all aspects of the hospitality industry providing the guidance to maintain the highest of standards at all times.  He has implemented innovative menus and concepts and ensured that the implementation of standards in guest service are met creating a destination of choice for both hotel and external guests.

Bruce is the founder of the Let’s Hear Foundation, serving those with hearing impediments.  He is a well-travelled individual having visited more than 272 cities in 23 different countries

Connect with Bruce on LinkedIn 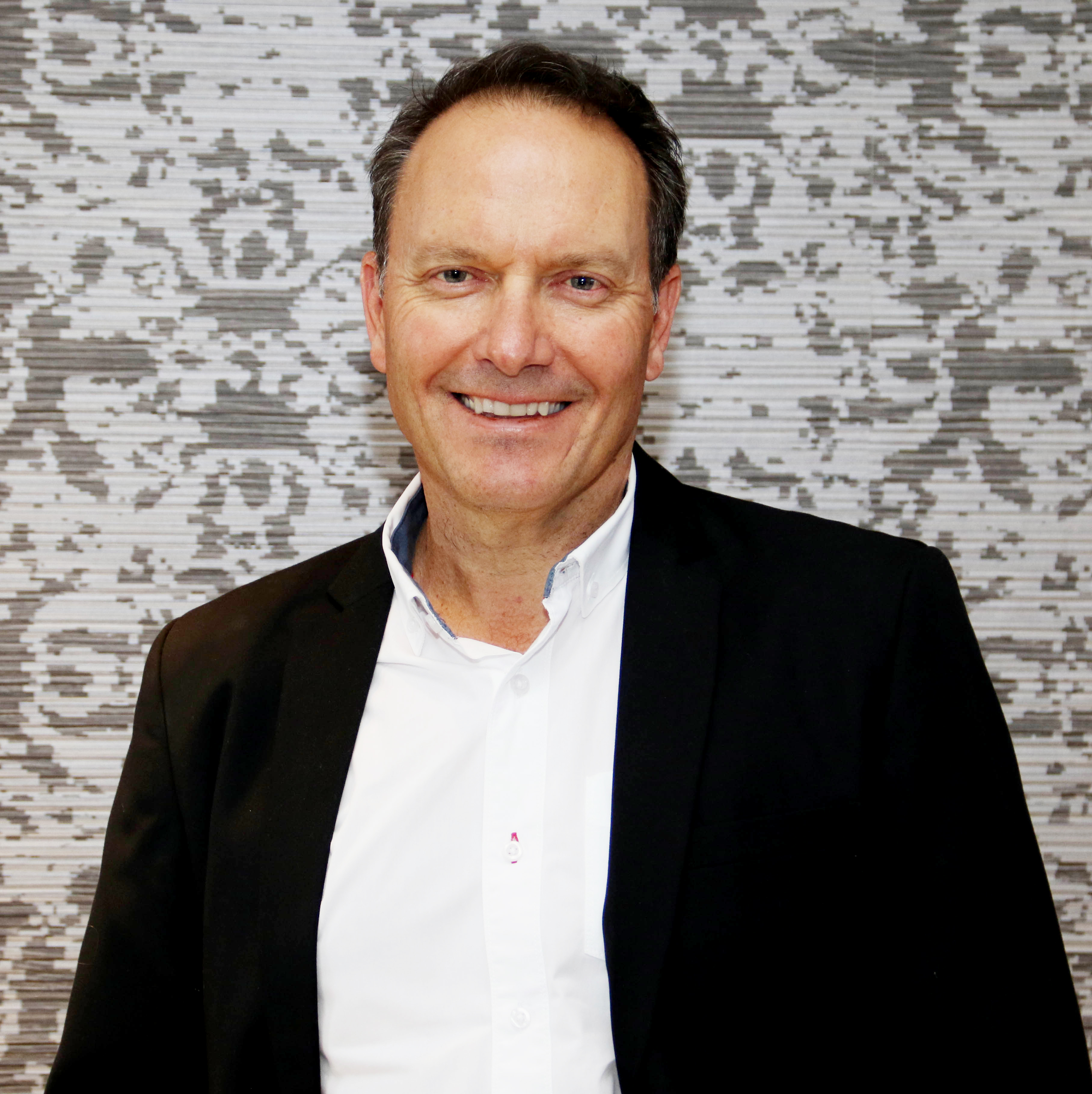 A man with hospitality marketing and delivery in his veins, honed through a successful career spanning over 25 years, Mark has held senior executive marketing and commercial positions, which include Group Marketing and Operations Executive at Peermont Hotels and Casino Resorts, Chief Commercial Officer Primedia, Chief Executive: Commercial Enterprises at the SABC, and in February 2019 was appointed Group Marketing, Revenue and Sales Director at Premier Hotels and Resorts.

He prides himself in inspiring and motivating commercial teams to deliver results, building strategic partnerships in travel and tourism markets, marketing communications and loyalty programmes that deliver, and working closely with staff in hotel operations to deliver excellence for guests – and is determined to make Premier the preferred hotel company in South Africa for corporate, government, international and leisure guests.

At Peermont from 2006 to 2017, Mark was responsible for most property Operations, as well as Marketing and Sales. He regularly initiated and managed profit improvement plans, brand launches, marketing campaigns, and sales strategies for the various Peermont properties, ran the annual strategy and budget process for operations, and was a member of all subsidiary Boards within Peermont. The Group delivered industry-leading EBITDA margins continuously.

As Chief Executive: Commercial Enterprises at the South African Broadcasting Corporation from 2001 to 2006 he directed the new brand portfolio strategy and commercial operations of the 23 radio and television channels, including airtime sales, which led to the financial success and turnaround of the broadcaster in the early 2000’s. In 2004 and 2005 he was voted as one of the top marketers in SA in the Sunday Times survey. He was also a founder of the new Marketing Association of SA, and served as a Trustee of the Vega School.

Mark has also held senior management / director positions in marketing and sales at Budget Car Rental, Southern Sun and Sun International where he earned a reputation of results in sales and brand-building. He began his marketing career as a former Unilever brand office graduate and pioneered brand launches at Nabisco. 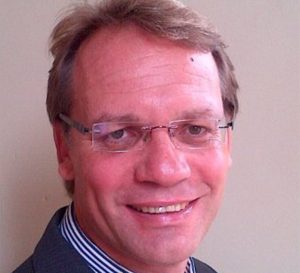 Pierre Roux is the Group Financial Manager for Premier Hotels & Resorts and since joining the group at the beginning of 2014, Pierre has instilled a culture of accountability, risk control and sustainability. Pierre believes that financial awareness across all levels of the business is core to the development of short and long term business strategies.
Pierre Roux completed his B.Com (Accounting) at the University of Pretoria and is a member of the South African Institute of Chartered Accountants (SAICA). Pierre has over 20 years’ experience in the hospitality industry, beginning in February 1992 as the Financial Manager of the Grand Roche Hotel in Paarl and through his 17 years with TsogoSun/Southern Sun fulfilling various positions from Regional Financial Manager to Brand Financial Manager.
Connect with Pierre on LinkedIn 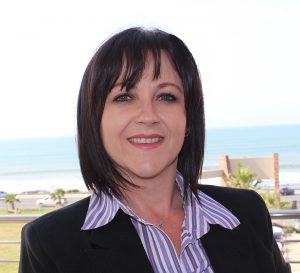 Following on from the recent announcement by Premier that phased re-openings of its Hotels and Resorts have commenced, the independent Hotel Group has also revealed plans for various re- furbishments and new builds due to come to market soon.