With the volatile Rand, staycations – holidays spent in one’s own country – are becoming increasingly popular amongst South Africans looking to take a break.

Premier Hotels & Resorts Group Sales & Marketing Manager, Grant Sandham, explains: “While the country’s exchange rate has been advantageous for foreign tourists, it has put pressure on locals’ pockets – leading to an increase in domestic leisure trips as opposed to international travel.”

Several properties within the Premier Hotels & Resorts portfolio have noted this trend, with the number of local holidaymakers received in 2016 surpassing not only that of 2015, but also the number of international guests – a contrast to the norm in some cases.

Sandham believes that the popularity of staycations will continue, particularly with South Africa teetering on the brink of a possible recession and belts having to be pulled even tighter.

However, he says that there is a silver lining. “With domestic tourism being the backbone of the industry, which contributes about 9% to the country’s gross domestic product, the more people who opt for staycations, the greater the impact on the industry and, in turn, the economy.”

“In addition to stimulating the economy, staycations are better for the environment, given that the need for long distance flights is reduced, which cuts down on CO2 emissions. According to international conservation charity, the World Land Trust’s flight calculator, a return trip for a family of four from Johannesburg to Paris produces 14.69 tonnes of CO2. In contrast, their journey to Cape Town and back would only emit 1.69,” shares Sandham.

He adds that, for him, the most significant benefit of staycations is that people get to discover gems hidden in their own backyard. “South Africa encompasses everything from urban jungles, wildlife and deserts to beaches, mountains and forests, not to mention the cultural melting pot of people. Why would anyone want to go elsewhere?”

“Wherever staycationers decide to enjoy their next ‘holistay’, they will be assured of a World Class African experience at Premier Hotels & Resorts’ 16 properties around the country,” concludes Sandham. 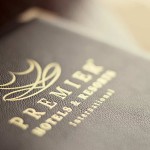 Premier are nearly there with the very exciting R380 million development of 2 brand new hotels on the same precinct, perfectly situated in Umhlanga on the Ridge and close to Gateway shopping Centre, private hospital and various business parks.

For many of you the current situation globally around the Coronavirus (COVID-19) pandemic, as defined by the World Health Organization, is of grave concern and worrying.

Our thoughts and well wishes go out to all the people and their families who have been affected by this virus and we salute and support all the doctors, healthcare professionals, and volunteers, as well as governments who are working tirelessly to defeat this virus.

We acknowledge and support South Africa’s stance as outlined by President Ramaphosa on 15 March 2020, and we are closely monitoring the Department of Health’s communication channels, and the World Health Organization’s statements. Premier Hotels and Resorts is deeply committed to adhering strictly to South African and global health guidelines expected from us as a corporate citizen. Our guests’ and staff health, safety and well-being will always remain our primary concern during stays at our wonderful properties.

OUR COMMITMENT TO CLEANLINESS AND HYGIENE:

Premier takes standards for hygiene and cleanliness very seriously and we are implementing these additional steps to ensure the safety of our guests and staff.

Please contact info@premierhotels.co.za or the General Manager of the respective Premier Hotel or Resort you’re staying in or working for, on any specific enquiry you may have.

Your health and safety is of paramount importance to us, always.

On behalf of The Premier Group
You’re Welcome and we are here for you!

Premier will be updating our cancellation policy regularly to reflect reality and breaking news around travel restrictions and new developments related to the COVID-19 virus – and to provide our valued guests with peace-of-mind and flexibility. Your ongoing support is important to us.

MICE Groups Cancellation Policy (as per your G&C contract)